IATF 16949:2016 represents the next chapter in a storied history of certification for companies that supply to the automotive market. In the United States it began with the harmonization of the “Big 3” requirements into QS-9000. QS-9000 was an important step, but the industry wanted more. Driven by the need for a harmonized quality management system standard for international automotive suppliers, the International Automotive Task Force (IATF) in 1999 produced ISO/TS 16949, which included requirements from various markets including Germany (VDA 6.1), France (EAQF) and Italy (AVSQ.) In 2002, ISO/TS 16949 was revised to align with ISO 9001:2000, and later revised in 2009 to align with ISO 9001:2008.

Now, as 2016 draws to a close the standard takes another ambitious step forward as it has been rewritten to align with the new, Annex SL based, ISO 9001:2015 quality management system standard. This change alone adds a whole host of new and interesting requirements including risk based thinking, organizational knowledge, and the determination of interested parties.

But this latest update doesn’t just represent a reshuffling of ISO/TS 16949:2009 into a new framework. The IATF put years of work into gathering feedback from numerous shareholders to ensure that this new standard addresses all of the key concerns that have been expressed over the many years that ISO/TS 16949 was the standard of note. This included feedback from OEMs, Certification Bodies, Witness Auditors, and Oversight Offices. It also included a targeted effort to incorporate the various sanctioned interpretations and key FAQs that were accumulated over the years.

All of these changes center on one key directive from the automotive industry: prevent problems before they occur! 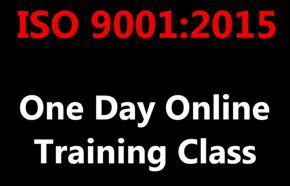 Mahindra Automotive North America (MANA) Manufacturing challenged Perry Johnson Consulting (PJC) to help implement ISO 9001:2015 while ramping up production for our ROXOR off-road vehicle. MANAM was focused on a streamlined, high-level approach to build quality into our manufacturing processes and develop the Quality Management System. PJC was a true partner! Our consultant, Nancy, embraced our approach and kept us focused on key ISO deliverables. She guided us to a successful ISO implementation… END_OF_DOCUMENT_TOKEN_TO_BE_REPLACED